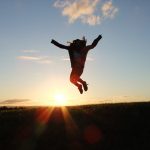 It came as much of a surprise to me as to many others I suspect.

I have noticed a determination to take my writing somewhere, this year, almost a hunger tinged still with a big sense of self-doubt. I take it along to my two writing groups monthly and receive feedback, sometimes really good, often advisory but always helpful.   We discuss often at length where stories can be sent, the opportunities seem to be diminishing in tandem with the number of writers increasing.

I have for the last couple of years braved my own limitations, to write two stories for the Writing Magazine, ‘Win a Place at Swanwick’, I have even with hours to spare sent them off, not expecting to ever hear of them again.  They have been critiqued sometimes quite severely, but in the end the resultant edited copy has been as good as I could make it, and I was happy to send it.  Naturally as soon as the winners were announced I checked, with that same comforting reassurance I check for the winners of the euromillions, consoling myself with ‘always another time’.  This year was no exception, two very deserved winners had won their places both with runners up who had done well to be placed so near the winners podium. ‘Maybe next year!’

It had been a busy day at work, many issues had cropped up with the website and try as I may they had not all been ironed out by the time I had to leave.  It goes against my nature to leave things unfinished, but this was bigger than me and to be fair I was picking up the pieces after another member of staff had left abruptly and nobody was able to cover her.   The problems migrated to my desk as I maintain the front-end web pages, those that the public hopefully see and buy from.  Her back-office side was like reading Japanese with the different wording, and coding.

I arrived home and opened my emails, I had one congratulating me on being shortlisted.  A jolt of excitement cursed through my body.  The mornings issues forgotten, I wondered what on earth he was talking about.  I had checked the winners already; there were no shortlisted names.   Another email congratulating me.  Time to log on.

They were right, the shortlisted writers’ names had been published that morning.  He was right, there in the list was ‘Tiggy Hayes’.  I sat heavily down and stared.   Waves of nausea coursed through me as the words wobbled on the screen. I looked again, it was still there on the screen.   I logged on to my laptop and went to twitter, yes it had been published there as well. I sent a text to Sexy Sporty Dad, “call me when you can”. I walked around and then went back to the screens.  They hadn’t changed.

Would I ever take this smile off my face.    I don’t think so.  Later I showed the whole family, this was one time when I was telling them about my success.

“Well do you win any money?”

“Will this mean your book will be published?”

“Will you be famous?”

No this means I am a writer, my name is in the same list with some writers who I admire, and it means that maybe I could make it in this business.  Do they not realise how big this is?  It releases a whole bucket load of self-doubt.  They are all very congratulatory and impressed that I am pleased even if they have no idea of the enormity of being shortlisted had on me.

I did force them to read it, even Sexy Sporty Dad took the time.  “Well somebody must have liked it, I didn’t understand it.”  Luckily Mini Son was able to explain it to him.

Yes, somebody did like it and they understood it enough to list me.   So where am I now? Still smiling, even more determined, and a lot more confident.  I may not have won the top prize, it will not deter me and  I will be going to Swanwick anyway, but I have won a whole lot more than just a prize.

I have sent off a story to the Bridport Prize, not because I expect to win, but I need to be sending out stories.  There are places if not Womags that want my stories but there are plenty of competitions around.

“You need to be in it to win it” was the lottery slogan, but that goes across the board.  If I don’t send off the story, I will never again be shortlisted or even reach the dizzy heights of winner.  Somewhere on some judging panel there are people on my wavelength just waiting for my offering.  So here they come!