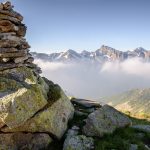 Space and time are great levellers.

I arrived back recently from my visit to Winchester Writers Festival.  A focused, intense festival for all kinds of writers. Stepping through, what seemingly on the outside appeared like a normal pub door was as enchanting as entering the wardrobe onto the world of Narnia.  In this case, it was a magical, creative realm of authors, poets, journalists, and like me hopeful wannabes. The shutting of the door closing contact on the real world.

The weekend was as varied as the choices on the pub menu and took place on Winchester University campus. I attended workshops; the architecture of storytelling, the power of point of views.  I listened to the role of agents, how to submit to an agent, how to self-publish, the role of the indie publisher.   Saturday morning found me enchanted and beguiled by the energy and charisma of Lemn Sissay, as he quoted his poetry and led us through a whirlwind glimpse of his world.   Later I was encouraged, enthused and enamoured by the beautiful Helen Fields, who was me only a few years ago, but now selling her books the world over.

The first evening, along with fish and chips I was given the news I needed a pitch.   I know all about elevator pitches in the business world; but I was in a magical world of make believe, pitches had not even crossed my mind. Here was my first hurdle; to reveal my story to others.

Overnight I wrote a few words and the next morning tried it out on my breakfast companions.  They wanted to know more so I elaborated bringing tears to their eyes, and mine, as I explained the complexities and themes running through Memories.   Had I not just achieved what I wanted more than riches or fame but to bring emotion to my readers.   The problem; I was telling, not them reading.

It finally came to my time, I left the comfort of the classroom and made my way to the designated room.    I considered fleeing through the open gates as I walked past, but small tiny steps pushed in the opposite direction.  Slowly I dragged heavy legs, my twisting tummy and spinning head up step by ever increasing step.  I gave my name and lined up with fellow nervous wannabe authors, clutching my cover letter, my synopsis, my first chapters, waiting for the appointed moment.  Eerily silent, bar the shuffle of papers; lost was the camaraderie of only a few moments ago; as time ticked on.    It arrived too quickly; I was ushered reluctantly into the darkened room.  Unsure if I was the quarry or the hunter I sought out my first agent, she was camped at the far back of the room and welcomed me with a broad smile.

We chatted amiably, she liked the story, she complemented my cover letter and my newly learned pitch.   She wanted it developed to show a different point of view, to be a bit spikier in the first page.   It was a timely story and I must get the changes done and send it out.  It needed to go straight into her top “read straight away” tray.

Time was up and new authors lurked in the wings waiting for their 15-minute slot of destiny.  I walked slowly away, breathing in the words she had said and wondering if the negative ones I expected had been lost in the change over time.  She had liked it, that was what she said, it was a good story, but it was too long.

Over the weekend, three other agents agreed it was too long.  I questioned the fourth as to what was the correct length as I’d had 4 different figures.    85-95,000 would be fine.   But why, what was wrong with my 112000-word count?   Foreign rights, she explained. An agent is looking at the package, would this sell to the foreign markets where there is a cost implication over 100,000 words.  They are also looking at film potential, or TV.   I relaxed almost hysterical like.  Bemused, she asked if that was ok. I assured her this was only my first steps and I was looking to see if it was good enough to send out, I hadn’t even considered a possibility beyond the next step.

Four agents, four different but all positive reactions, they all said it should be sent out to agents with different points of view, different voices and maybe shorter snappier sentences although that particular agent admitted that might be difficult as it was not my style.

Fate, Karma, or just good luck found me enrolled on Sunday on the Points of View work shop with the totally engaging Lorna Ferguson.  By lunch time my mind was clearer; I knew what I had done wrong with Memories, it needed to all be written in the first person with different people leading each chapter.  After lunch came the session on third person up close and personal or further away.  Would multiple 3rd person work?

The weekend was over before I knew it.   Strong friendships were forged from the intensity and creative passion of the weekend.  It’s funny how opening the covers of your story can suddenly find you revealing deep and personal truths about where you identify to complete strangers.  As they reveal inner emotions laid bare in their writing.

Riding high on a cloud of euphoria, creativity and hope I drove out across the threshold of creativity and back to my world.   Head churning with plans, re-writes, cuts and amendments, I flew through a few days of elation and optimism and then crashed landed back in reality.   Four re-writes, four different opinions, not to mention losing possibly 30,000 of my painstakingly crafted wording.  Suddenly the next step was too high to climb.  I did not want to think about the story any more.   The drawer loomed wide and welcoming; back inside Memories was filed and shut away for another time.

Bringing myself even to look at pen, paper or screen was too raw.   Thankfully having built up a career of having to write other people’s blogs and championing my previous courses I had a jobs list of blogs and articles to finish off.  I was at least writing if not in the genre I wished.   I found it difficult even to think about my own writing.

I met someone this week who just happened to mention casually that her partner was a publisher.  My antennae instantly alert, I asked what kind of books he published as I was a writer.

“Oh, everyone says that, you have no idea what writing a real book involves.”

It was my colleague who bristled with annoyance, ‘but Tiggy is a writer, she’s written a book and is looking for a publisher”

The girl looked at me with that look of ‘yeah you say that; but’.

“I have just returned from Winchester Literary Festival where I was meeting a few agents.”

She conceded if not particularly graciously.

Memories was out of the drawer, moments after she left and I am planning the one, not necessarily re-write but edit to get it to how I think it should be read.  Thanks to my friend Bridget Holding helping me focus the aim of my story. I have run a simple table of my characters and their aims, to decipher which person and by whose point of view it works best in.

Next morning, I wrote a piece of flash fiction to get the writing juices flowing again.

The step is still as big as ever, but just maybe I have the tools to start the climb.  Within weeks I know I will return to my inspirational bubble as I attend Swanwick; the place I feel so at home.   That feeling at Winchester of my ‘audience’ emotionally affected is the feeling I want for all my stories.

Am I nearly there yet or is it still just out of reach?